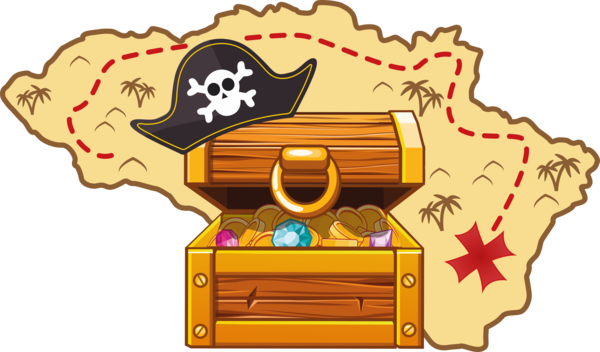 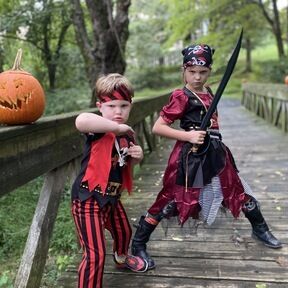 First and foremost, please join our crew on Facebook! This is where all the information will be put out for hunts and other activities!

Every month, a roughly 1-mile path somewhere in Howard County, Maryland transforms into a trail of clues left by Captain Evie and First Mate Sawyer - the most cunning pirates on the high seas - and leads to adventure and treasure for kids of all ages!

You start with a print-it-yourself mission and map, and end with treasure and memories that will last a lifetime! Just follow the directions on the map, look for the clues hidden along the trail, use problem-solving and critical thinking skills to decipher the codes, and end at a secret treasure chest! We provide two levels of clues - one for the little mates who swab the deck (ages 3-7) and those who square the sails and trim the sheets (ages 8 and over).

The trail is available for approximately 10 days every month, April through December. You can go on the hunt at any time during daylight hours while the hunt is open - no reservations or time slots! We strongly encourage dressing in your favorite pirate costumes or HoCo Pirate Adventures gear and taking lots of photos to share on our Facebook page.

Thanks for stopping by. May you have fair winds and following seas!

We are a 501c3 non-profit organization and donate to a local, Howard County charity or organization every month! #PiratesGiveBack 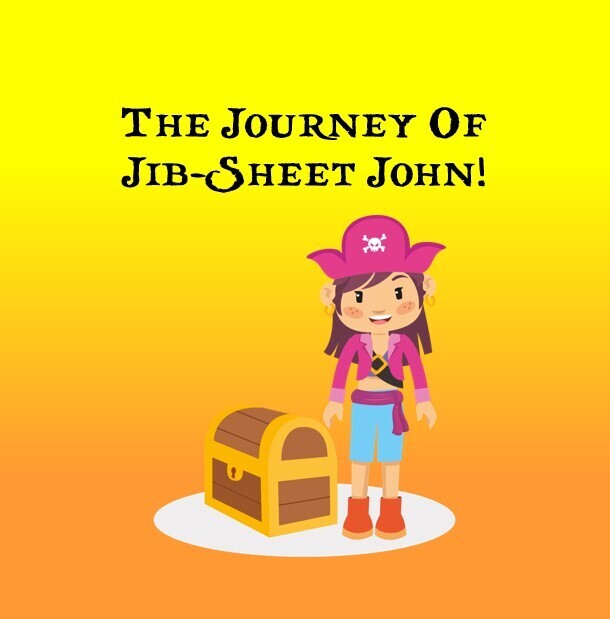 The June Hunt - "The Journey of Jib-Sheet John"

GIVE A LITTLE EXTRA TO SUPPORT THE HUNTS AND THE CREW - PAY WHAT YOU WANT AT CHECKOUT!!

AVAILABLE JUNE 10th through JUNE 20th at dusk! You can do the hunt during daylight hours any time between those dates - no reservations or scheduling!

It's our annual TREASURE TRAIL, mateys! Jib-Sheet John (the spirt of Captain Evie's grandpa) was one of the greatest pirates to ever live. After he became a ghost, he continued to search for treasure! Now he has so much of it, that he drops jewels wherever he goes! Keep your eye out for shinies while you seek out the clues to get the treasure chest password! Little pirates can collect and swap until they get their TWO favorite color jewels to take home with them, in addition to the treasure they get from the treasure chest!!!

This hunt will be in Dorsey's Search and go on the trail behind the pool. It's a shorter trail (only about 3/4 of a mile) and it ends by the pool playground. If you're a CA member and the pool's open, bring your swimsuits and towels to cool off after the hunt!

The trail is all paved but clues 2, 4, and (especially) 5 require going off the trail a bit. Strollers and wheelchairs will do fine on the main path, but might not fare well on the short jaunts to find some of the clues. There is one steepish hill at the end of the hunt, just before the treasure chest.

If you're able, please consider bringing a trash bag and gloves to clean up a few pieces of litter along the way. Let's leave these neighborhoods better than we found them! #ProjectReiner

Save this product for later
Display prices in: USD

Join and Support The Crew!!

The best way to get started is to join our Facebook Group - all the information and announcements will be put out there! As a bonus, we have an amazing community of people that are happy to help new crew members!

Get the "How To Do A HoCo Pirate Treasure Hunt!" guide in the store for all the nitty-gritty details on the hunts.

Please help support the treasure hunts! There are several ways to make sure these hunts stay great:

Give us five stars and a glowing review on Google!

When buying the monthly hunt, choose the "Pay What You Want" option and give a few extra dollars to keep the treasure chest full!

Send us treasure from our Amazon Wishlist or Oriental Trading Company Wishlist: We keep the list updated throughout the year to reflect special events and holidays. You can suggest new items in the Facebook group too!

Purchases and Tips: The store on this site sells the monthly hunts, "Anytime Adventures", and HoCo Pirate Adventures merchandise (Booty!). On some items you can “Pay What You Want” for any amount! (Tips keep ya from havin' to walk the plank!)

HOCO Pirate Treasure hunts provided a safe, fun, and educational adventure outside! Our kids (ages 6.5 and 3.5 now) LOVED doing this last spring, summer, and fall. With different levels of difficulty, both kids could actively participate! They’re anxiously awaiting the next hunt!

The Pirate Treasure Hunts are well thought out and so much fun, even for me the parent! From the Facebook group, to the printable map, the actual hunt and treasure box with prizes at the end. Each treasure hunt is in a different location, so every hunt is new and different from the last. We are so lucky to be apart of Captain Evie’s crew and look forward to all the adventures to come!!

Erin
Swabbie
Thank you for all the hard work you put into these treasure hunts for the community. I can't think of a better way for families to get out during a pandemic and enjoy our local woods! Reading the puzzles developed reading skills and the kids got fresh air and lots of physical activity running from clue to clue. The kids learned to cooperate and work together for the ultimate prize - the treasure box!

Capt. Evie’s treasure hunts have been a highlight of the pandemic! We have thoroughly enjoyed exploring new pathways and parks in the county as we follow the clues. The Fuchs family does an amazing job finding routes with fun landmarks and sights along the way. Each month, they have introduced new and creative ideas to keep it fresh. They do this in their spare time and for the benefit of the community — they are the true treasure!

Join our Facebook Group if ye want to parley!